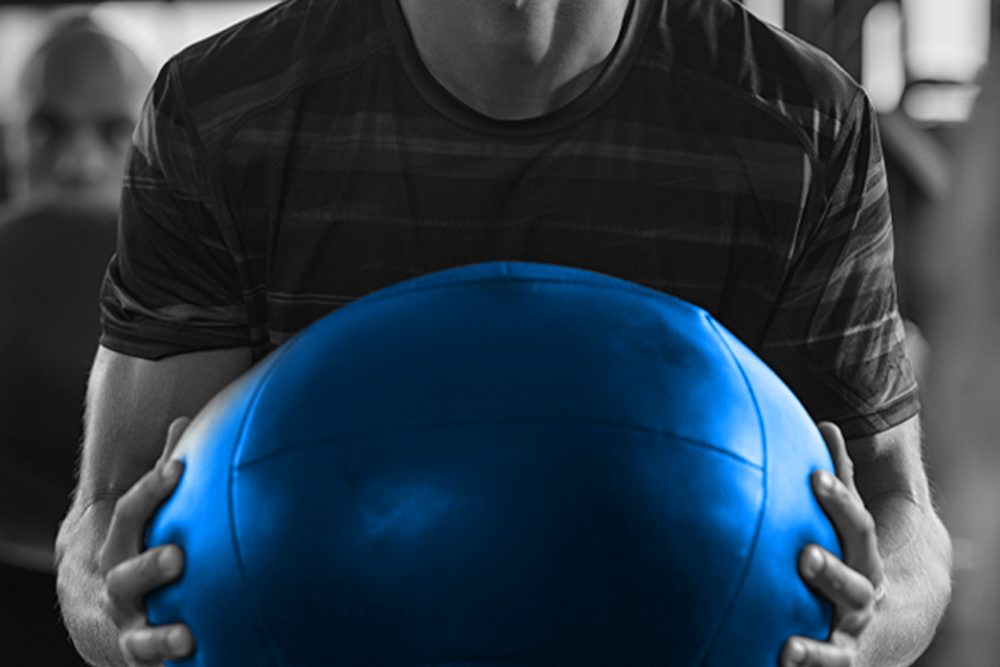 If you grew up as a male, you’ve heard the term “blue balls” a million times over.

If you didn’t, then that number is likely much lower but still higher than you would think. That’s because blue balls has been coined as the go-to phrase when referring to the aching sensation you get during sexual arousal, one that can sometimes stick around if the deed itself goes undone.

Men who have suffered from blue balls have reported aches and pains, similar to that of a strained muscle at the base of your penis along with a tinge of blue coloring on the testicles.

Now don’t be scared to start getting hot and heavy just because you aren’t positive it’ll end in mutual assured gratification.

While blue balls is very real, it’s not something that will have a lasting impact on you and it does have ways to treat it whether you have the help of a partner or not.

The Extent of Blue Ball Damage

The painful aching it brings on will relieve itself within a few minutes or hours, sometimes even quicker if you do the relieving for it.

After that, you’ll be back to normal and ready for more adventures with your now rightfully colored co-pilot.

The key takeaway from blue ball damage is that it doesn’t last and truly is nothing more than hypertension, but what exactly causes this hypertension in the first place?

For starters, you should understand more about how and why you get erections, as the tent pitching properties of your penis are a key component in getting blue balls.

Blood rushes to your head (not the one on your shoulders), and the surrounding area including your testicles every time you get aroused. This is what forms the erection allowing for the games to begin.

The blood returns to the rest of your body upon orgasm or ejaculation. Without the dam breaking, the blood stays pooled in the area which leads to the pain and discomfort felt.

Why You’ve Heard About Blue Balls So Much

The slang term has been around since the 1910s and referred to both instances of sexual frustration and an even more pressing issue, gonorrhea.

Thankfully the latter definition has fallen into obscurity, but the remaining description became more common as a result.

It’s important to remember that even though it’s used as slang, blue balls is a condition that can impact both men and women and has a real medical classification and treatment.

The term should never, and we mean NEVER, be used as an excuse to convince a partner to engage in sexual activities.

Unfortunately, this is a large reason why it’s become so well-known.

Movies and TV shows will use the line to cast blame on someone who turned down a sexual advance, often for nothing more than the sake of comedy.

Remember, nothing short of a resounding yes to a straightforward request constitutes a consensual night of fun.

Due to the rapid onset and relief of blue balls, there is no medical treatment that would require a doctor’s visit in order to remedy the situation.

The best part is that this doesn’t even require a partner, ideal for situations that led to your partner either declining or being interrupted during sex and leaving you with a cannon ready to explode.

If you can’t do the deed to be freed from blue balls, then the next best option is to essentially get yourself as turned off as possible.

You can do this by diving into a TV show or video game that has no sexual characters, taking a cold shower or applying ice to the area and lastly just working out to get the blood flowing elsewhere and your mind off of all of it.

Do I Need To Tell My Doctor About Blue Balls?

Blue balls is not a concern for your doctor, but chronic pains and aches of the same nature tend to be more serious.

If you notice the symptoms still lasting for hours or days after ejaculation then you should contact your doctor to have them examine the area for more acute issues.

At the end of the day, it’s important to just remember that blue balls are indeed real but that they aren’t a serious condition to be worried about.

If you are a chronic sufferer of blue balls then try some of the above methods of treatment to find what works best and address the issue as soon as it pops up, as long as you’re in a private space.

Peyronie’s Disease: What Is It & Can It Be Cured?